JDM Cars – Ahead of their time

At Black River Details, I offer car detailing services in Hampshire and West Sussex. Whatever car I’m working on always gets my full attention. That said, there are always a few vehicles that I love to see drive into the premises! If you’ve read previous blogs, you’ll know that I have a real passion for JDM cars.

While we often consider German car manufacturers to be the ones at the forefront of the tech found in our cars today. It was, in fact, the Japanese car manufactures that led the way when it came to technology in cars back in the ’80s and ’90s. 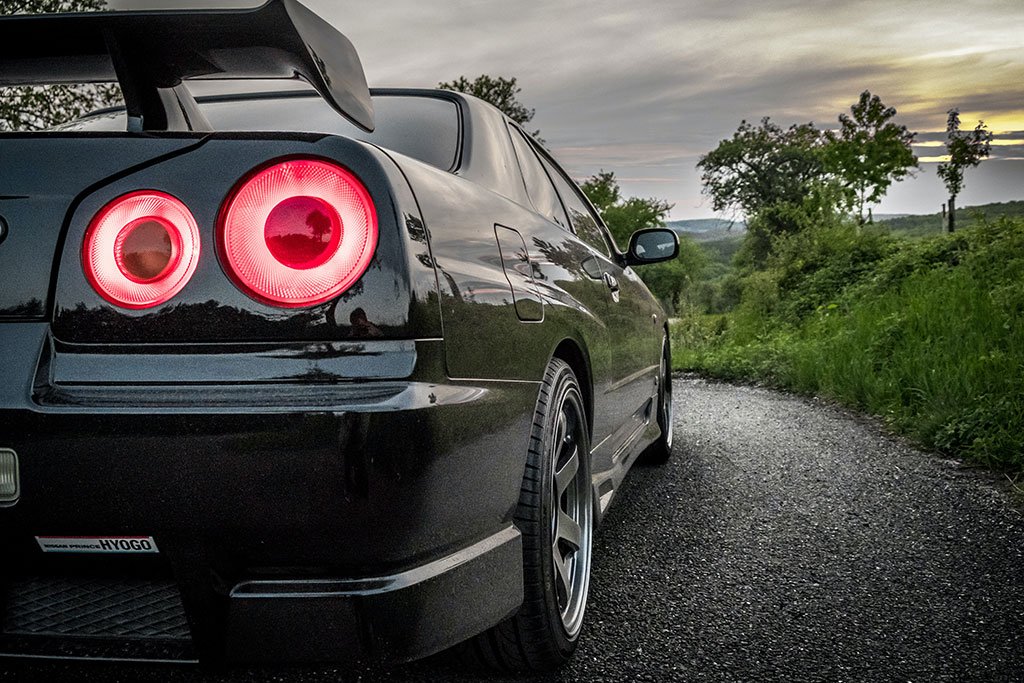 In this week’s blog article, I’m taking a break from writing about car detailing services. Instead, I’m exploring some of the fun facts that show just how ahead of their time these JDM cars were.

Rear-wheel steering is quite commonplace on a lot of modern cars now. For example, most new Audis and Porsches have this feature. The modern systems usually work by steering the wheels in the opposite direction to the front wheels at low speeds. This helps manoeuvrability around town and makes the vehicle feel like it’s shorter than it really is. At high speeds, the rear wheels steer in the same direction as the front wheels. This improves high-speed stability and agility.

This is all very impressive stuff. What’s even more impressive is that back in 1986, Nissan introduced its HICAS system. HICAS stands for High Capacity Actively Controlled Steering. The first iteration of this technology was hydraulically controlled, with lines running from the power steering pump on the engine all the way to the rear of the car. It was quite a messy setup, but thankfully it didn’t last long. Not long after introducing HICAS on cars like the S13 Silvia and the 180SX, Nissan came out with an updated system. Calling the system “Super HICAS”. An electric steering rack at the rear of the car made the whole system a lot neater and lighter. The system also had its own computer to control it instead of relying solely on limited input like speed sensors and the steering angle.

Nissan’s HICAS system worked at low speeds, much like the modern systems to aid low-speed manoeuvrability. However, the info is a little unclear as to how it worked at higher speeds.

Super HICAS, however (which is the system I have in the Stagea) worked only at higher speeds to make the car feel more agile. At lower speeds, it remained inactive.

Another commonplace technology on performance vehicles like the newer generation of BMW M cars is an active torque split 4 wheel drive system. This system can shift power between the front and rear axles to improve traction. The best of these systems allow a lot of control over the torque split. You can even decouple the front axle altogether should you wish.

However, back in 1987, Nissan introduced its new torque split 4WD system on the Nissan RNU12 Bluebird. ATTESA was the name of the system, which stands for Advanced Total Traction Engineering System for All-Terrain. This first iteration of the ATTESA system wasn’t all that efficient and was designed for FWD applications.

The newer system called ATTESA E-TS was the real star of the show. The “E-TS” part referring to Electronic Torque Split. This system was designed for use with a longitudinal drivetrain layout that you would find on an RWD drive vehicle.

It was first used on the iconic Nissan R32 GTR in 1989. Incorporating a mostly conventional RWD setup with rear wheels always being driven. The gearbox had a transfer case on its side that could send up to 50% of the power to the front wheels. The system was controlled electronically. It differed greatly from the modern systems you see today. They focused on providing a sporty and engaging driving experience with little concern for “safety” as they gave a more oversteer prone chassis. The harder you pushed it, the more it would lean to RWD through the corners whilst still giving you excellent traction on the corner exit. This combination offers the best of both worlds while not worrying about the understeer characteristics of most 4WD systems at the time and even the ones found today.

Using a range of sensors like the ABS sensors for detecting wheel speed and slip along with a G meter under the centre console and throttle position and so on the computer could send however much torque up to 50% to the front wheels rather than being an all or nothing system. The computer monitored the car’s movements 10 times a second for a super responsive system that dominated the competition.

Later in 1995 came the introduction of ATTESA E-TS Pro. This improved the system by adding an electronically controlled Active Limited Slip Differential at the rear and more sensor inputs and a retuned computer mapping for how the 4WD system responds to these inputs.

I could write many more pages just on the incredible ATTESA system. But, I’m sure you get the idea of just how impressive this system was, even by today’s standards.

Sequential turbo setups are commonplace on flagship cars like the Bugatti Chiron with its insane quad-turbo setup. Another example is the Porsche 959, where this technology was first used in a production car back in 1986. So, you’d be forgiven for thinking that this kind of tech is only seen in high-end super and hypercars.

However, back in 1992, this tech came to a relatively affordable sports car. The RX-7, infamous for its use of a rotary engine rather than a piston engine. With its incredible sound, the RX-7 is one of the all-time greats for these old Jap cars. It’s up there with the likes of the Supra and Skyline GTR’s.

The FD generation of the RX-7 had a rather complex but equally impressive sequential twin-turbo setup. It was designed to give maximum response whilst delivering power all the way to the red line. The turbos never ran together; rather, they are staged. The first would spool quickly, low down in the revs to give a maximum response and reduce turbo lag. It delivers 10psi of boost from 1,800 RPM up to 4,500 RPM where the changeover process would occur switch the secondary turbine to carry on delivering power from 4,000 RPM to redline. The changeover process was known to cause a surge of power that could be challenging to handle as it could induce oversteer, but that’s all just part of the fun!

Why go through all the effort of having this complex system when you could fix a single large turbocharger?

The answer is “area under the graph”, which refers to how much useable power an engine actually makes. There’s no point in having a car that makes 400hp at 7,000 RPM (this is just an example scenario) but makes 150hp at 4,000 RPM. You’ll be left waiting for the turbo to spool up and will have to work very hard to keep the revs up so the turbo stays spooled up. Whereas the sequential twin-turbo setup allows you to make big power at the top of the rev range whilst still making a healthy amount of power lower down, this greatly improves drivability and makes the car faster in the real world.

I could write about JDM cars all day, but I should probably get back to the day job! I’m going to promise you a follow-up post shortly. In the meantime, if you’re looking for car detailing services in Hampshire or West Sussex, contact me HERE.